“Think you’ve seen it all? Think again. Outside those doors, we might see anything. We could find new worlds, terrifying monsters, impossible things. And if you come with me… nothing will ever be the same again!” Dr. Who

Have you ever been to a sci-fi convention, comic book convention, or any of those type of con events?  I attended one this weekend as a vendor.  It was a very interesting experience.  I married a geek, and I mean that in a nice way, over 16 years ago.  Prior to knowing him, I would have never stepped foot in one of these types of events.  It just wasn’t my thing and I didn’t see the point of them.  It was an extremely well done event that spanned over three days.  Role playing games were set up throughout the day, sessions on various topics were available for people to attend, along with art exhibits and artists, science fiction authors, steampunk enthuisists, and many other various forms of geekiness.

People donned costumes throughout the weekend, especially on Saturday for the costume party that was scheduled.  Young and old, dressed up as their favorite Dr. Who, Star Wars, and Star Trek characters.  Elves, Zombies, Vampires, and Steampunk costumes were adorned as well.  People conversed throughout the hallways, elevators, and vendor rooms about the topics of the weekend that interested them, displaying their knowledge upon the subject.

Overall it was an interesting experience.  I will probably attend others in the future and perhaps even be brave enough to dress up in a costume as well.

Posted by rascallythoughts on February 25, 2013 in Science Fiction, Travels

God is everywhere.  Why do people feel like they have to go look for Him?  Why do they think God is more present in a movement or a particular place? God is in every church building.  God is in our homes, our schools, our workplace, and our car.  God is in the bars, on the streets, under the bridges, in prisons, and in hospitals.  We don’t have to go to a particular temple, church, or building to see Him, feel Him, or worship Him.  He is with us at all times.  We are the ones who are out of touch, we are the ones who don’t realize He’s in the same room with us.  I am amused when people say that they won’t enter a church because they are so terrible that the walls will fall in on them.  They don’t fall in on them anywhere else, do they?  We think we have to clean ourselves up to go to church, but God sees us when we are dirty, when our mood is rotten, and when we even disgust ourselves.  The Lord’s love is radical.  He doesn’t want to be away from His creation.  We just have to open our eyes and see that He is beside us.  We just have to quieten our environment and hear Him.  We just have to sit still and feel His love surround us.  We just have to acknowledge Him where we are at and then we see Him.

Where can I go to get away from your Spirit?
Where can I run from you?
8 If I go up to the heavens, you are there.
If I lie down in the grave, you are there.
9 If I rise with the sun in the east
and settle in the west beyond the sea,
10 even there you would guide me.
With your right hand you would hold me.

Posted by rascallythoughts on February 16, 2013 in Spiritual Reflections

This morning I was leafing through some old poems.  I decided to share this one.

He knows every stitch of me

because He created me.

He knew my layout

before I was pieced together.

and we’re His piece of art.

He measures us with careful consideration

Each is relevant for different purposes,

The artist looks to Him

for He is the ultimate creator.

We are the apprentices

to His initial beauty.

He inspires us to inspect the details;

To improve upon the flaws.

In each of us where there is no matched replica.

Each stroke of color was meant for His light to shine through;

To reveal to all who were meant to be

His most loved creation.

Posted by rascallythoughts on February 8, 2013 in Poetry, Writing 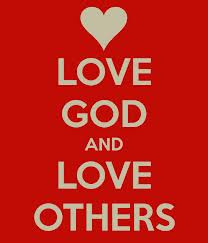 This week I read about a pastor who wrote something rather rude on a receipt to her waitress. She said that she only gives God 10% so why do you deserve 18%? The waitress shared her experience on a social network site which in turn went viral. The pastor called the restaurant and complained, which in turn caused the waitress to loose her job. There are so many things wrong in this picture. First, shouldn’t a representative of God display love and respect toward her server? Second, how many of us only give God a small portion of ourselves. I know the Pastor was speaking in terms of money to the church, but I begun thinking how much actually is 10%. It’s really only a small portion. How much percent of our income do we spend on entertainment? Is it only 10%? In terms of time, how much time do we give God? Do we allot Him 10% of our time? What is required? How much time do we use to serve others? Shouldn’t we give most of ourselves if not all of ourselves to God and others? How do you represent Christ to those who are outsiders? The third thing that upsets me with this situation is the waitress lost her job. How much more is she going to resent Christians because of the incident that happened to her? If you are a christian you are supposed to be a light. Please think about this when you are out in public and in your private life. I love the song “People of God,” by Gungor. Read the lyrics below and think about shining love of Jesus on others.

“So now I am giving you a new commandment: Love each other. Just as I have loved you, you should love each other.” John 13:34 (NLT)
All we need is love

Posted by rascallythoughts on February 2, 2013 in Spiritual Reflections